Bitcoin has been slowly grinding higher throughout the past few weeks, posting consistent daily gains that ultimately led its price up to highs of $12,000 late yesterday evening.

The intense selling pressure found here proved difficult for bulls to surmount, and after a brief period of trying to push above this level, BTC saw a violent selloff.

One analyst is contending that this may be a positive development for the cryptocurrency, as it provided a much-needed sentiment reset amongst bulls after liquidating $500m worth of long positions.

Bitcoin Struggles to Hold Above $11,000 as Weakness Mounts

At the time of writing, Bitcoin is trading down over 6% at its current price of $11,080. This is around where it has been hovering throughout the past few hours.

Buyers have established $11,000 as a support level for BTC, but it remains unclear as to how long it will hold for.

BTC has avoided seeing any type of cascade of liquidations despite the strength of the downside movement.

In total, $500 million worth of long positions were liquidated as a result of this selloff. This liquidation trend is showing signs of slowing, however, as BTC’s price stabilizes. 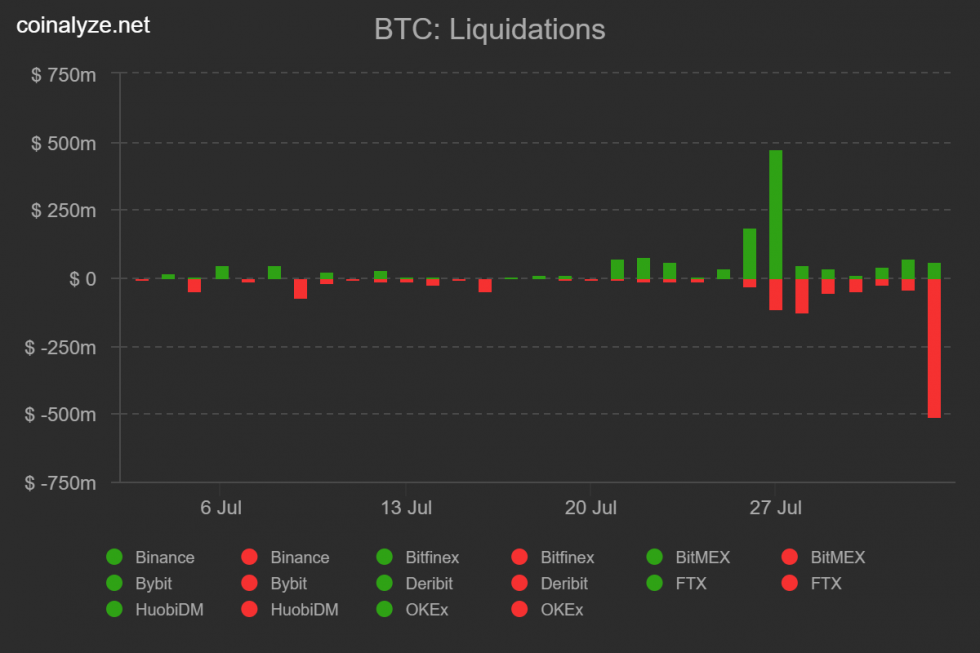 Because buyers overleveraged themselves, a continued downside movement may be catalyzed by the ongoing “long squeeze.”

One analyst is now theorizing that Bitcoin is positioned to push higher in the near-term due to the strong support and stable funding rates that it currently has.

He believes that this was a “cleansing” of bull’s greed.

“Like I said yesterday, greed was at 80. We needed a cleansing and we just got it. Funding going baseline again across the board. And it’s sitting on support right now… Let’s run it back.”

Now that overleveraged long positioned have been liquidated and bulls are no longer feeling euphoric, Bitcoin may be able to start reestablishing its technical strength.

Economist: Ethereum To Repeat Bitcoin Rally To $20K According To Metcalfes Law