As Altcoin Season Presses on, What’s Next for Crypto Futures?

Bitcoin seems as though it may be finally breaking out of its two-month long period of stagnancy: this week, BTC shot up and over the $10,000 mark, and at press time, had landed around $11,000. This could have big implications in terms of renewed on Bitcoin in spot markets–and in derivatives markets.

Previously, Bitcoin’s long period of stagnancy seemed to have a major effect on the distribution of investors’ attention as well as their cash: the crypto crowd, which typically loves rapid price movements, temporarily turned to altcoins to get their volatility fix. As a result, a number of altcoins–both in spot and derivatives markets–are approaching new highs. 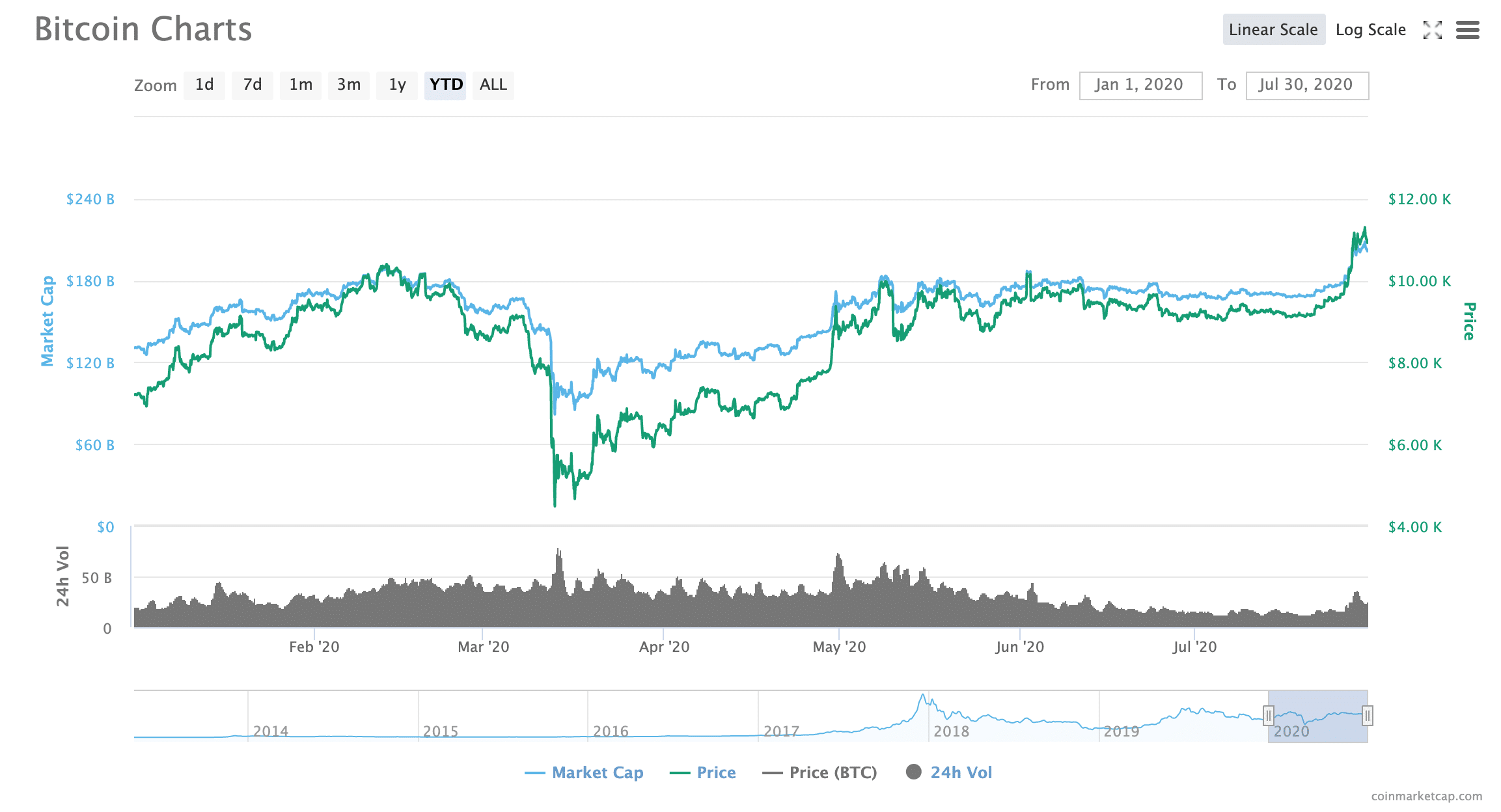 What’s going on with Bitcoin?

The extended period of stagnancy that Bitcoin was experiencing prior to this week was not limited to spot markets. 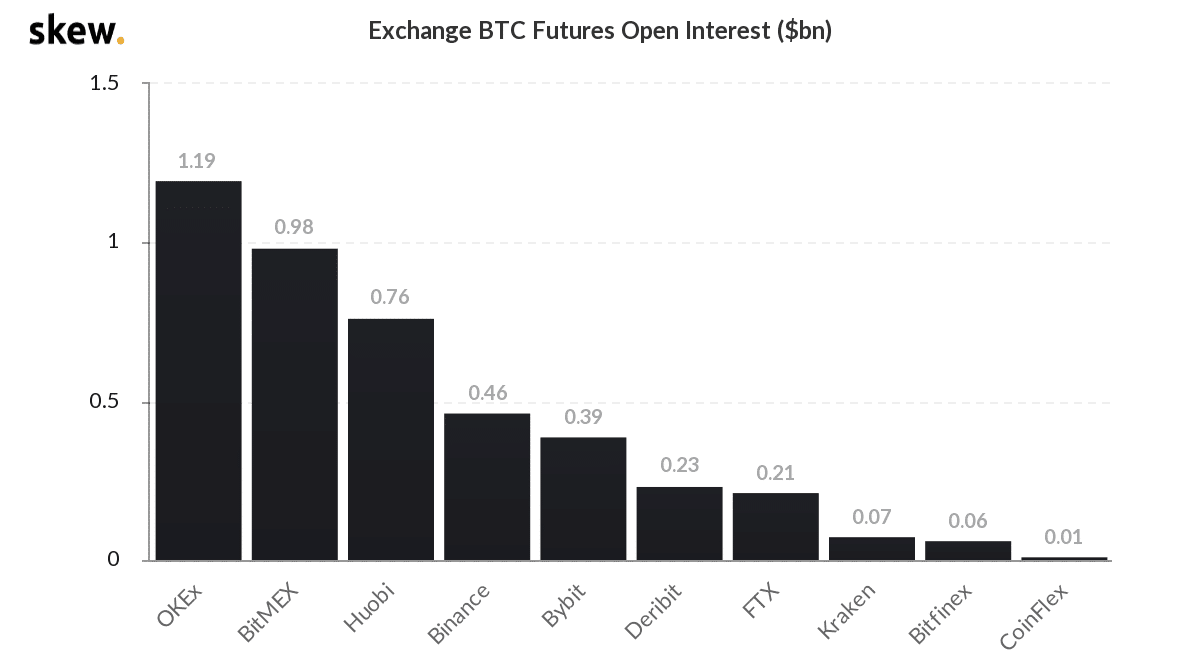 Aaron Gong, VP of Binance Futures, told Finance Magnates that since Black Thursday, when “the entire market crashed more than 50% in a single day,” he has also observed signs of recovery–and of change–across cryptocurrency futures markets.

“Both BTC and altcoins have slowly recovered over the last 4 months,” Aaron told Finance Magnates, adding that “more recently, altcoins have dominated headlines, which has led to a shift in users’ attention towards exchanges that offer the most comprehensive selection of altcoin contracts.”

This shift toward exchanges with higher levels of variety in altcoin contracts could be a continuation of the ways that user distribution on futures exchanges have shifted since Black Thursday. A major redistribution in futures exchange users began when a service outage on cryptocurrency exchange BitMEX led some of its users to take their business to other platforms.

Now, however, the trend in user redistribution seems to favor “futures exchanges with the most pairs of altcoins”, which “gained more momentum throughout the altcoin season,” Aaron said, adding that “this increased trading activity has caused a reorganization of market share across derivative exchanges.”

On his own exchange, Binance Futures “the altcoin futures market share has doubled since the start of July as volume quadrupled in less than a month.”

“We observed that market share has shifted in favor of Binance as the exchange dominated altcoin futures volume. In particular, contracts such as LINK and ADA, where Binance processed the most volume in the industry,” he added.

The shift in focus toward altcoin futures seemed to steadily grow as Bitcoin’s period of stagnancy throughout May, June, and part of July, went on and on.

Aaron Gong said that “while Bitcoin’s stagnation has been rather unusual, crypto markets have provided ample trading opportunities in the last two months,” Aaron said in an email.

In particular, on his own platform, “the much anticipated ETH upgrade, as well as other protocol upgrades has led to increased trading activity in altcoin futures contracts on Binance,” Aaron said, adding that “last week, ETH futures on Binance marked its highest weekly volume in the last three months, while open interest has almost tripled in the same period.”

The increase in activity on ETH-related futures trading on Binance coincides with more expansive growth in the ETH futures market more generally. Blockchain data analytics firm Skew reported findings earlier this month that the total amount of open interest in Ethereum-based futures contracts had surpassed $1 billion for the first time ever. 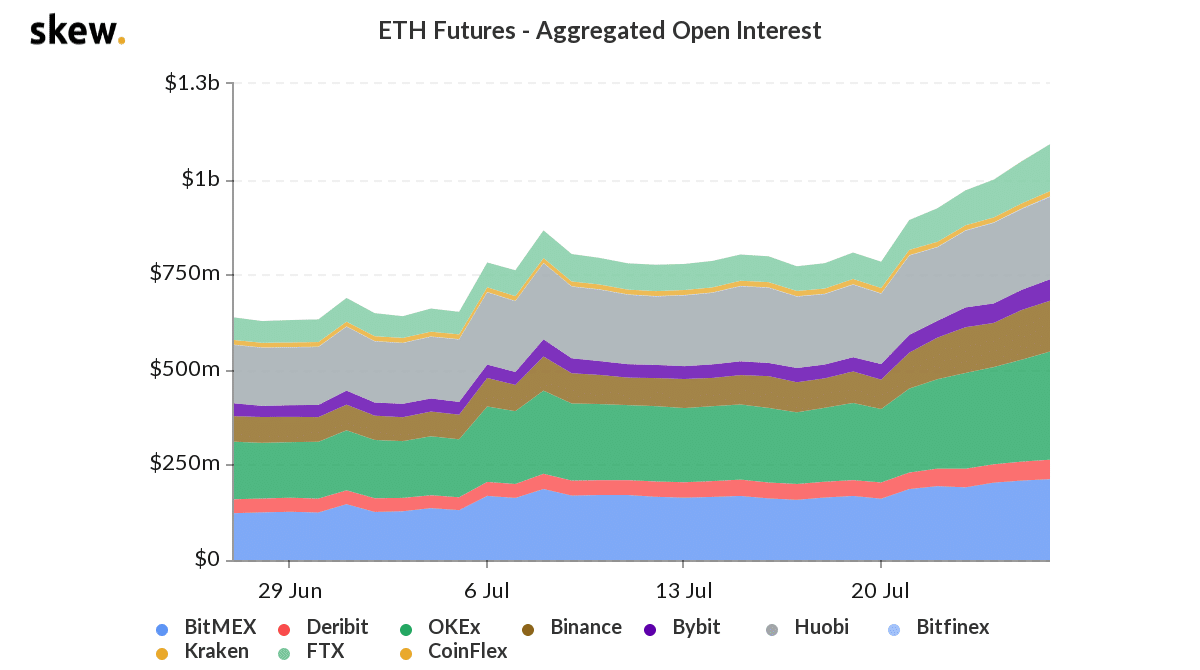 The reach past $1 billion in Ethereum’s open interest represented an increase of nearly 30% since June 20, when the total amount of open interest in ETH futures contracts was under $800 million.

ETH futures markets have grown significantly throughout the month of July

At press time, Skew’s data showed that OKEx and Huobi appeared to have the lion’s share of open interest in Ethereum contracts, with BitMEX, Binance, and FTX also held sizeable chunks of the market.

As a result of the increased levels of interest in ETH futures contracts, some futures trading platforms are taking rapid steps toward building out new futures for the ETH futures market.

For example, Aaron Gong said that “in order to keep up with demand,” Binance has launched two “Binance Leveraged Tokens: ‘BLVT’ (ETHUP, ETHDOWN).”

What Trading Companies Really Need to Increase Their RevenuesGo to article >>

“This new addition is expected to provide more options for traders to gain exposure to ETH and anticipate the positive impact of the ETH 2.0 upgrade,” he said.

Additionally, OKEx recently added three new expiration dates to its ETH/USD contracts: daily, two-day, and monthly options, in addition to its weekly, bi-weekly, quarterly, and bi-quarterly options. The new dates are also available for its BTC/USD and EOS/USD contracts.

Bilal Hammoud, President, CEO, and Founder of Canadian digital asset exchange NDAX.io, also pointed out to Finance Magnates that the ETH futures momentum could continue to build if regulated ETH futures contracts hit the US market.

Indeed, speaking in an event at Georgetown University in October of 2019, CFTC Chairman Heath Tarbert said that “I’d say it is likely that you would see a futures contract in the next six months to a year,” and that “the volume to which it’ll trade, no idea, that’s where the markets decide.”

For his own part, Bilal has also observed a surge in the popularity of ETH and ETH-based futures contracts: “we have seen a lot of interest in the spot market where volume is comparable and at points exceeding that of bitcoin in the past month, and it will be no different for ETH derivatives,” he said.

DeFi token markets may have benefitted more than other altcoin markets

In addition to the coming launch of Ethereum 2.0, some of the enthusiasm for ETH-based futures contracts may also have been driven from a sense of increased interest in the decentralized finance, or Defi, space.

Specifically, Aaron Gong noted that “the enthusiasm surrounding DeFi” seems to have increased the amount of open interest in contracts based on altcoins, many of which belong to DeFi platforms.

While there is limited data on the total amount of open interest in altcoin contracts as a whole, Aaron told Finance Magnates that on Binance Futures, altcoin volume “has grown significantly since July 1st, with altcoin volume now contributing 60 percent of total exchange volume.”

Additionally, “our daily volume on altcoin contracts has grown fourfold in two weeks from under $500 million to $2 billion.”

However, the order of things could soon be up for another change as Bitcoin’s push over $11,000 may signal the return of BTC volatility: just over the last two days, there is evidence that traders are showing higher levels of interest in BTC futures than ever.

For example, for the last two days, the volume of Bitcoin futures being traded on Bakkt has broken records. July 28th closed out the day with 11,506 contracts — an 85 percent increase over the previous record. On July 29, Bakkt topped the new record again, with 11,706 contracts traded.

“Although Bitcoin as struggled to establish a foothold above the $10,0000 level previously, this time around, it does look like Bitcoin is finally building momentum and may go beyond in the coming months,” Aaron Gong told Finance Magnates.

“As such, we are expecting large market movements in the near future, particularly in Bitcoin, which seems to be revived after an extended period of consolidation.Bitcoin’s recent breakout has drawn speculations that a bull market is on its way.”

And indeed, “if that happens, BTC futures markets could potentially set a new record volume and open interest that we have not seen in recent months.”

In other words, if BTC’s volatility returns–and the increased interest in ETH and other altcoins continues–there could be a sort of crypto futures renaissance around the corner.

As such, the increase in the number of products and features that have recently been built out for ETH and altcoin markets on some exchanges could translate into a bolstered set of BTC futures features on other exchanges.

This, in turn, may lead to a sort of ‘virtuous cycle’ that causes the entrance of more and more capital into the crypto futures space: as futures trading platforms become more developed, higher-volume institutional entities may be more likely to take part in these markets.

In the long term, this could accelerate the rate of cryptocurrency asset price discovery, and could therefore lead to lower levels of volatility in crypto markets in the future.

For now, though–it may be a wild ride.

For the tech world, 2021 has started off on a rather strong and unusual ...