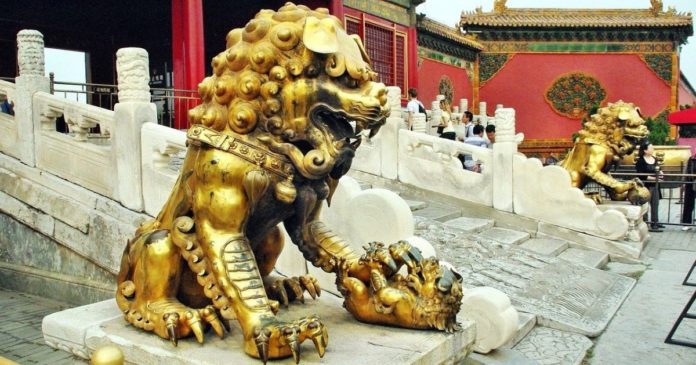 China is known for its harsh stance on Bitcoin. However, that does not stop its banks from taking advantage of it and its underlying technology, blockchain.

According to the South China Morning Post, China Construction Bank, the world’s second-biggest bank, has partnered with Fusang, a Hong Kong-based company. The goal is to eventually sell a total of $3 billion in debt via blockchain technology.  The debt will be made available through several tranches in the form of digital certificates. The first one was worth $58 million. The base value of the certificates is as low as $100 with a maturity rate of 0.75%. This is higher than the average yearly 0.25% interest.

Felix Feng Qi, the principal officer of the bank’s Labuan branch, noted that the goal of the issuance is to “narrow the divide between fintech and the wider financial markets.”

Even though these certificates are not covered by China’s deposit insurance, they will be available not just to professional investors and banks, but also to retail investors who will be able to buy them in small amounts. This is because the certificates are expected to be tokenized. Investors can trade the certificates on the Fusang Exchange, a crypto exchange that is licensed by financial regulators in Labuan, Malaysia, using Bitcoin. The U.S. dollar can also be used to trade the bonds.

Fusang Exchange CEO Henry Chong noted, “We think this is the perfect showcase for how digital securities can power financial inclusion, by combining the exciting advancements in blockchain technology with the tokenization of traditional securities. We believe that this will be the start of Crypto 2.0. – the true institutionalization of digital asset products.”

The bank is planning to introduce more services akin to these certificates in the future, but only if this deal manages to attract investors’ interest. In this case, the world’s second-biggest bank, together with the Fusang Exchange, wants to issue similar certificates using other currencies, such as the yuan.

The crypto community welcomed the news with excitement. Lark Davis, also known as the @TheCryptoLark, has tweeted a post that reads, “The world’s second-biggest bank is selling 3 billion dollars worth of bonds in exchange for #bitcoin!!! Unreal man…”