Bitcoin prices crashed by almost $1,000 on Thanksgiving eve, logging their worst declines in three weeks as traders grappled with overbought conditions and rumors of tighter regulations.

The flagship cryptocurrency hit an intraday low of $17,150 in early Asian hours Monday, down more than 12 percent from its year-to-date peak of $19,500 established a day before. The plunge further accompanied lower volumes and a toned-down momentum oscillator, suggesting that the market was merely cooling down after rallying relentlessly for seven weeks in a row. 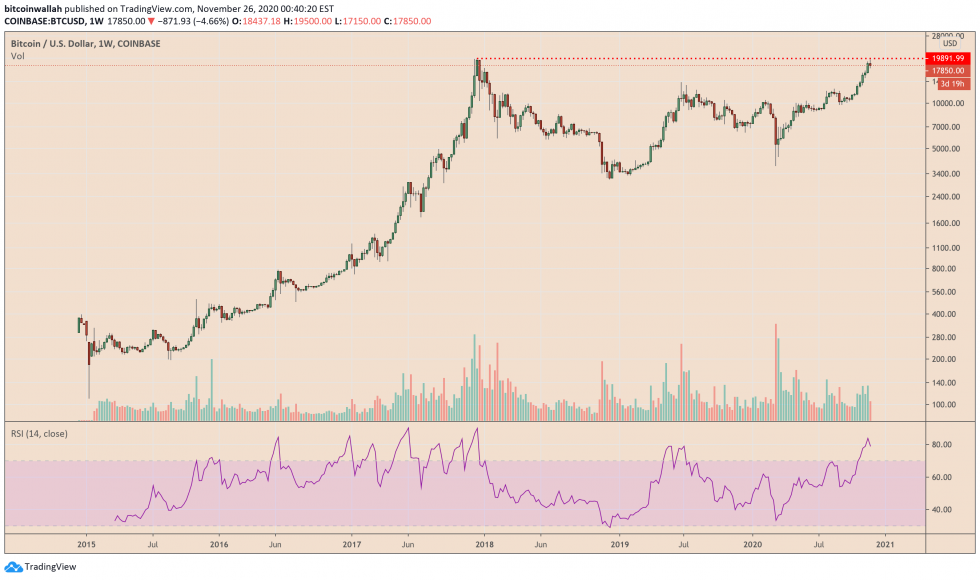 Nevertheless, the Bitcoin market’s sell-off accelerated, particularly after Coinbase-fame Brian Armstrong warned about tighter crypto regulations in the US.

In a Twitter-thread, the chief executive said that his firm “heard rumors” about the US Treasury Secretary Steven Mnuchin’s plans to introduce fresh rules for “self-custody wallets” by the end of his term.

The open nature of cryptocurrencies allows anyone to create a private wallet by downloading third-party software on their computers/smartphones or through hardware devices that store digital assets. These types of self-custodial solutions come cheaper than traditional financial services — and they ensure privacy.

But the rumored regulation appears to limit many of those features. Mr. Armstrong noted that — if Mr. Mnuchin passes the law — they would need to conduct identity verification on every user that downloads its software wallet. This could potentially put their financial privacy at risk.

“[The regulation] sounds like a reasonable idea on the surface,” he explained. “Still, it is a bad idea in practice because it is often impractical to collect identifying information on a recipient in the crypto economy.”

Many crypto users are sending crypto to various merchants online, paying for goods and services. Does it make sense to require customers to help verify the identity of a business before they can buy a product there?

Despite the growing uncertainty from the US Treasury, Bitcoin posted an attractive rebound upon hitting $17,150. 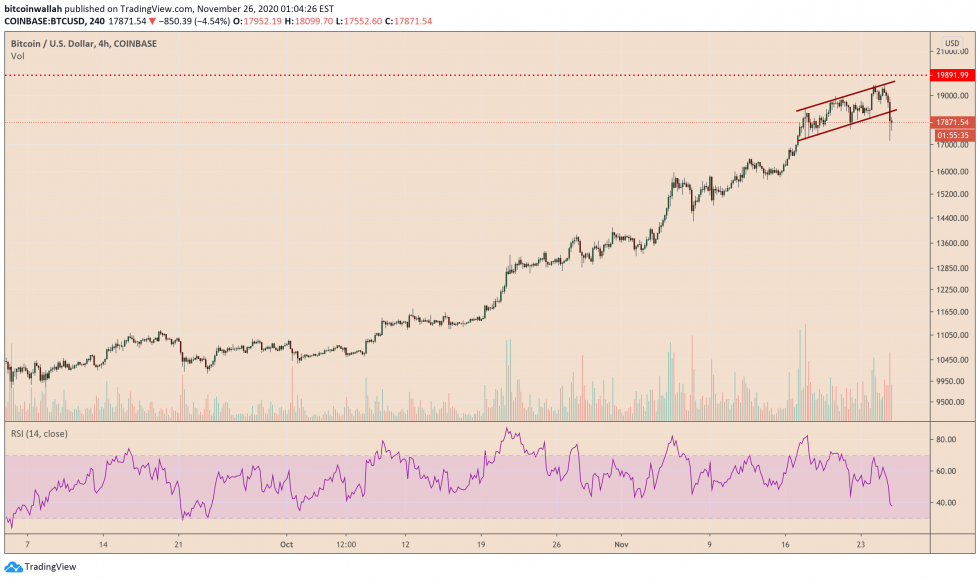 Bitcoin forms a large bearish wick in signs of a bullish rejection. Source: BTCUSD on TradingView.com

BTC/USD recovered about 4 percent of its losses immediately after the plunge, leaving behind a long wick famous for calling the fake breakout moves out. It means that traders are still short-term bullish on Bitcoin, believing that the cryptocurrency would continue rallying upwards amid supportive macroeconomic settings.

“All Exchanges Inflow Mean increased a few hours ago,” said Ki-Young Ju, the CEO of data analytics platform CryptoQuant. “It indicates that whales, relatively speaking, deposited BTC to exchanges. But long-term on-chain indicators say the buying pressure prevails. I still think we can break 20k in a few days.”

Meanwhile, some traders expected the price to continue further lower before it finds a support level to attempt a rebound towards $20K.

A bearish “death cross” pattern is looking to appear in the Bitcoin four-hour chart for ...