Bitcoin did its own thing during the late Monday trading session.

The benchmark cryptocurrency plunged suddenly towards $10,600 after maintaining intraday gains above the $10,800-support all day. The sell-off appeared despite a healthier macroeconomic outlook led by signs of progress in the release of the second COVID-19 stimulus package.

US House Democrats released a $2.2 trillion aid that would reinstate $600 weekly unemployment benefits. The revelation followed House Speaker Nancy Pelosi’s commitment to revive stalled negotiations with the White House over the size of the coronavirus stimulus.

Pelosi spoke with US Treasury Secretary Steven Mnuchin on Monday – and the two agreed to continue the conversation on Tuesday. It allowed investors to assume that the Democrats may influence the Republicans to pass a larger package than the earlier-proposed $500 billion.

Bitcoin typically reacts positively to the news of stimulus. The cryptocurrency rallied by more than 200 percent from its mid-March nadir, only after the US Congress passed a $2 trillion economic aid to help the American individuals, households, and businesses. 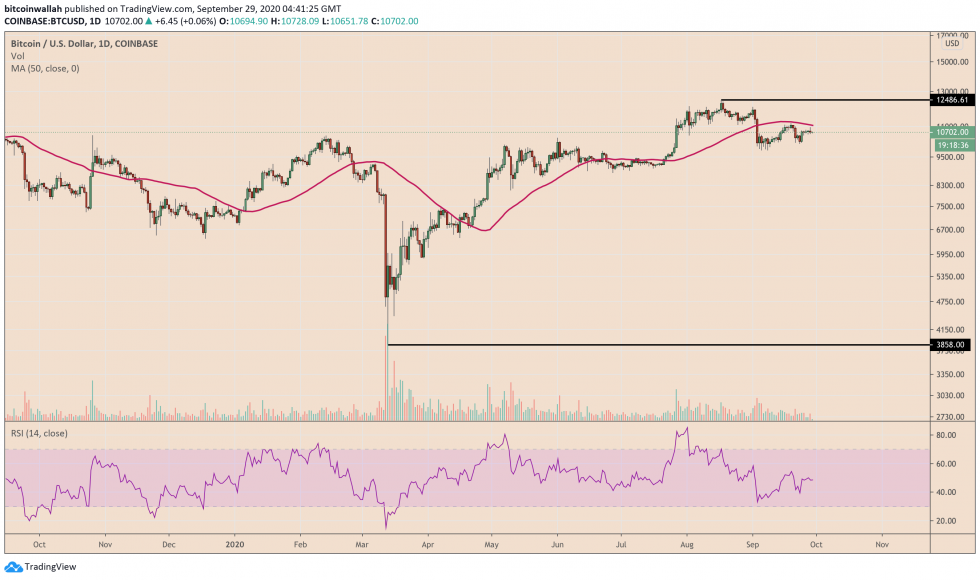 Bitcoin is finding it difficult to sustain its rally above $11,000. Source: TradingView.com

But the bullish reaction was missing during the late hours of Monday. Bitcoin plunged even as the US stock and gold markets inched higher on stimulus hopes. The benchmark S&P 500 index, for instance, added 1.61 percent while the precious metal was up by 1.06 percent.

A pseudonymous analyst highlighted Bitcoin’s latest sell-off as an act of technical narratives. He noted that the cryptocurrency was earlier breaking bullish above a resistance trendline. Nevertheless, the breakout ran into an aggressive bearish area and sent BTC/USD to test the resistance trendline as support. 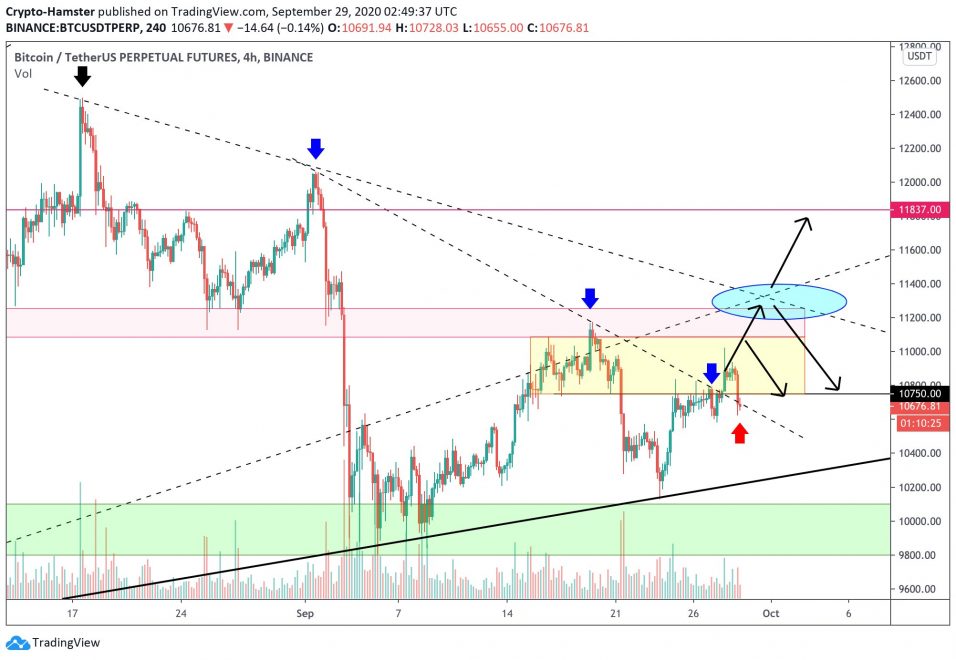 “Now it is getting tested,” the analyst added. “If it holds, it would be a very nice sign. But it has to hold, otherwise, the whole growth is just a short squeeze.”

Bitcoin’s latest move to the downside also has a silver lining. A drop in its speculative long positions has helped to shake out weak hands, especially as analysts eye a long-term growth for the cryptocurrency against supportive central bank policies.

“Regardless of how the real economy turns out, something is pretty clear,” said analysts at Ecoinometrics. “Thanks to the action of the Federal reserve, there is no way for the US dollar to preserve its purchasing power over the long run. You can’t rely on cash to preserve your wealth. But that’s no big deal since Bitcoin fixes this.”

Meanwhile, with US Congress moving in the direction of the second stimulus package, the US dollar continues to face downside risks. Many observers note that such an expansionary outlook could push Bitcoin above $20,000 by the next year.

2020-09-29
admin
Share
Previous Is the KuCoin Hack Bigger than $150M? On the Downside of Centralized Exchanges
Next Coinbase will devote all of its attention to achieving the goal creating “infrastructure for the cryptoeconomy,” but will eschew any kind of activism, and won’t take a stand on policy or societal issues that go beyond that mission. Thoughts? : Bitcoin

Bitcoin has been stable in the time following its $13,800 rejection, with bulls gaining some ...