A technically overbought Bitcoin is maintaining support above $15,000 against the backdrop of ballooning negative-yielding debt.

The benchmark cryptocurrency almost hit $16,000 ahead of the New York closing bell Friday before turning lower for the weekend. It closed to touching the milestone level amid the US presidential election hype – and also as the Federal Reserve vowed to keep benchmark rates near-zero and continue its bond-purchasing program.

It means buyers agree to buy long-term debts that are sure to yield a loss if they hold them until expiry. That further means that the global bond market is hot regardless of massive borrowing by companies and governments as they attempt to bypass the economic fallout from the coronavirus pandemic.

Many agree that the central banks’ unprecedented asset-purchase programs have falsely inflated the bond market. For instance, the Fed said in its November meeting that it would buy debts indefinitely to support the American economy through the pandemic.

Meanwhile, the Bank of England scaled up its stimulus by adding another £150 billion (~$197) to its asset-purchasing program on Thursday. The European Central Bank also committed to expanding its bond-buying budget by another €1.35 trillion ($1.60 trillion) in December 2020. 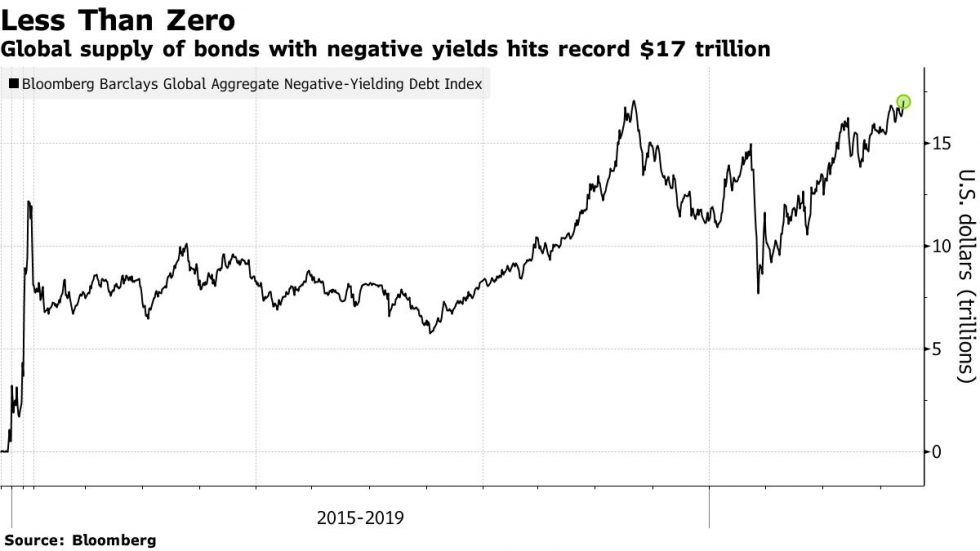 Overall, the negative-yielding debt has surged by more than 100 percent since March 2020.

The money to buy government bonds come from quantitative easing. More fiat liquidity decreases the purchasing power of the local currency. On the whole, investors start finding cash and bond markets least attractive, a sentiment that leads them towards riskier assets that promise comparatively better returns.

The prospects of an expanding negative-yielding debt bubble are reflecting on the alternative markets.

Since March, the US stock market benchmark, the S&P 500 index, is up 8.63 percent this year despite most of its listed firms reporting lower earnings than usual. Simultaneously, the SPDR Gold Trust has returned about 27 percent in profits on a year-to-date timeframe.

Nevertheless, it is the Bitcoin market that is witnessing a better inflow than its traditional safe-haven rivals. New York-based Grayscale Bitcoin Trust holds $6.17 billion worth of bitcoin units in its reserves, comparable to $4.7 billion in the first three quarters of 2020.

In the spot market, the BTC/USD exchange rate has climbed by more than 110 percent YTD, reflecting a booming retail interest. The surge has appeared particularly after major corporations, including MicroStrategy, Square, and Galaxy Digital, decided to hold Bitcoin as insurance against a poor US dollar outlook. 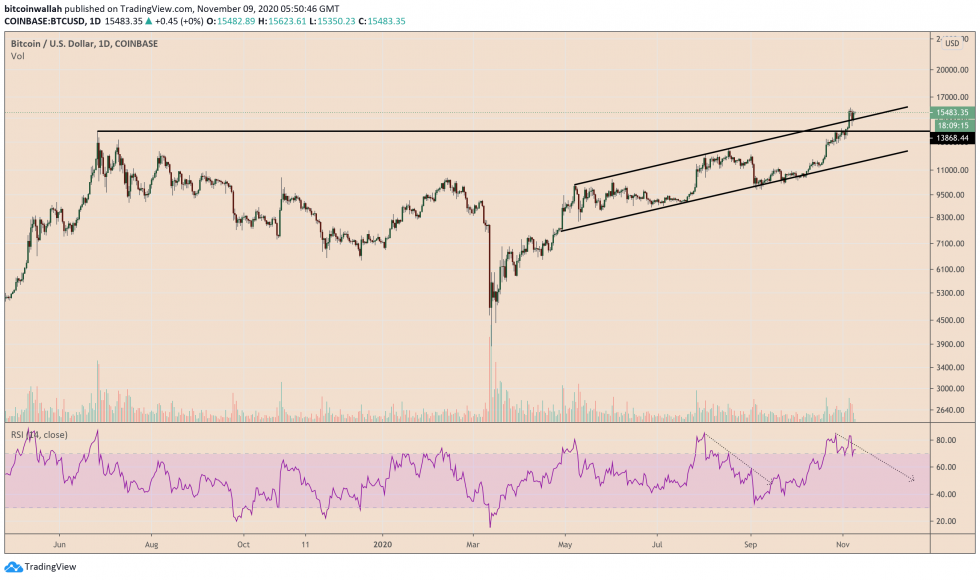 The roots of a bullish Bitcoin, therefore, originates in the bond market.

“Bond yields,” said Robert Sharratt, managing director at Switzerland-based CrescoFinO, “are one of the few things in life that won’t lie to you. Super stimulus off the table, inflation expectations down. Regardless of your politics, bonds see this as a bit of a Goldilocks scenario.”

Positive for Bitcoin, he added.

Bitcoin and the entire crypto market are showing some signs of strength on this relatively ...