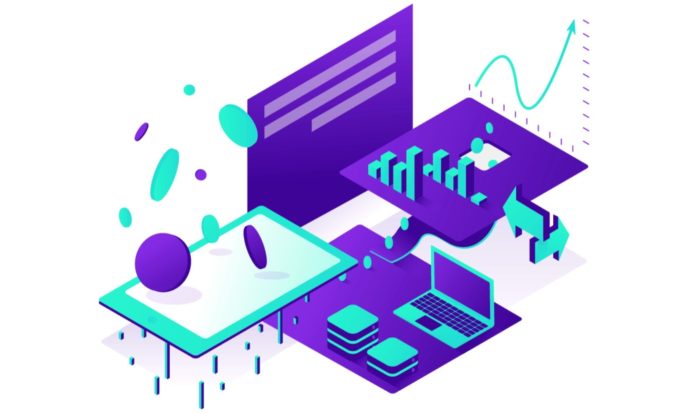 A reputable team have launched an experiment to see if they can disrupt the VC business model. They created DegenVC to give smaller players a slice of the pie too.

According to DegenVC, the venture capitalist system is flawed and unfair. Venture capitalists have been known for leveraging their power and influence to secure unfair deals with new entrepreneurs. They often end up owning large stakes of new technologies. Not only that, but smaller players are not even able to get into presales of crypto projects. This deprives them of the opportunity for incredible gains simply due to their small investment sizes and lack of connections.

DegenVC is trying to change all that. They got listed on CoinGecko just a month ago and have a market cap of just over $875,000 at the time of press. They started trending last week, so we decided to have a chat with the team members to see what they were all about. We talked to Paul “Khal” Scott and Fraser Brown, who are lead members of the project. You can see links to their relevant social media profiles on the official DegenVC website.

Frank: Where in the world are you both based?

Fraser: I’m in Ukraine at the moment where I’ve had solidity developers for nearly five years. Paul is in South Africa. I live in Ireland.

Frank: I’m interested in your model but what about bots front-running orders and buying tokens the second they are listed?

Fraser: As soon as we create the pool, we announce it in our channel. It’s the messiest step in the process for sure. But then we do the airdrop. That early trading is only an opportunity for the most opportunistic. And the bots probably are the most opportunistic, but they don’t always win. The bots tend to be reactive, so the team has time to pool and unicrypt their tokens we find.

Frank: To be clear, DGVC holders don’t get any airdrops, only those who are providing liquidity for DGVC on UniSwap get these airdrops?

Frank: What do you view as DegenVC’s greatest challenge moving forward?

Frank: In a recent AMA, it says that Fraser and Paul have been “working towards this” for several years now. Is there any evidence or milestones from the work done in years prior on this?

Paul: The video demo on our website is version 2 of code written two years ago. This version is one year old and is being updated to v3 now.

Frank: What experience do you have specifically in investing in the crypto space?

Fraser: One year ago, DeFi barely existed. How long before Sushi did Uniswap even know what a liquidity mining governance token was?

My point is that the skill set required to invest in crypto is being able to rewrite all your ideas about what’s what regularly.

Out of my MBA, I was a strategy consultant working for many of Ireland’s dot com boom tech companies as well as investors.

For four years, I was an innovative finance consultant for the biggest global environmental agencies designing financial instruments and innovations around money.

Paul: And I’m an ex-bank Treasurer who has invested in and traded just about every asset class in the world, including crypto. I’ve helped launch 25+ crypto projects since 2016.

And I know what good looks like, crypto or otherwise…

Fraser: The proposition of degen is decentralized curation of projects. Difficult to achieve, but we think we can get there

Frank: I guess one concern I have is this. Many of these venture capitalists spend a lot more time understanding projects they are invested in and, hence, have more incentive and reason to hold onto their tokens even after major increases in price.

However, with your model, many people will get small amounts, and it’s unrealistic to believe that most of these small holders will put the time and effort (or even have the skills) to learn about the projects for which they are holding their airdropped tokens.

So, as a new project, I would want to go with you based on the buzz it might create, but I’d also be concerned about most of these airdropped tokens being dumped short term.

Fraser: It’s the final frontier that needs being crossed to disrupt the VC paradigm (f that doesn’t sound too grandiose).

However, I think you are missing the decentralized curation step – we see these “curators” being JP Morgan analyst types. If a project passes curation and is launched, those small guys can lean back on the facts that: a) the project was vetted by the right people and b) that they can and should just invest a modest amount.

And your concern about tokens being dumped is really something we can assess in real time. Who dumped DGVC tokens? Who bought? To us, and it’s early days, it just feels like such a pure market.

Frank: Is there a resource explaining the decentralized curation step?

Fraser: It’s the video at the bottom, not top, of the degen.vc website.

Frank: Do you have any upcoming events which you are excited about?

At this stage, we would love to to announce our first Gitcoin hackathon – designed to discover the 5 Best Pure Launches from a 40,000 strong dev community.

We have today signed an agreement with Gitcoin to run a Hackathon, commencing in early October 2020 with five categories:

Criteria: The qualifying idea most likely to create value for airdrop participants.

Criteria: A notable recent example is Sushiswap’s bid to transfer of liquidity to a community run by a competitor of Uniswap.

Best innovation to be constructed entirely through Gitcoin Grants

Criteria: The most innovative idea. Project tokens are allocated to Gitcoin Grants in addition to airdrop. This prize will be judged by votes from the community.

Criteria: The social bounty seeks to support the most socially-focused Pure Launch. $MEME could be an example as it, broadly speaking, supports the arts.

Best iteration of an existing project

Criteria: Sometimes, not reinventing the wheel is the best bet. Notable recent examples include Anti Ampleforth. (We are currently helping another AMPL tweak with profound use cases so we know this section will attract ideas).

We are excited to bring our Pure Launch methodology to the broader market in this manner!

Due to our interest in DegenVC and what they are trying to achieve, we included them in our list of 10 low cap altcoins to watch out for in 2020.

Japan-based LINE, a popular messaging app, has disclosed its intention to introduce a blockchain platform ...