Twitter accounts of both crypto exchange Binance and its founder Changpeng Zhao were hacked by an anonymous user, drawing attention to the security issues involved and how easy it would have been to implement a phishing scheme.

The social media accounts of at least six crypto exchanges and media outlets were also temporarily taken over by the same group of hackers on Wednesday afternoon. Bill Gates and Elon Musk had their Twitter accounts also hijacked.

Except for Binance, the high-profile accounts have now been restored and fraudulent tweets were quickly deleted.

The hacker is seemingly trying to benefit from the successful attempt to gain control of the official handles to scam Binance users, particularly with a cryptocurrency giveaway scam to an entity called CryptoForHealth.

We have partnered with CryptoForHealth and are giving back 5000 BTC.

Binance’s CEO warned Twitter users of the scam within a few minutes of the hack, but his warning was hidden and blocked by the hackers, and then his handle itself was hacked.

The incident is significant as Binance Jersey’s Twitter account had been hacked a few months ago by a white hat hacker. Binance, which leads the world in terms of trading volume, has also suffered form a scandal of a hacker leaking KYC documents. 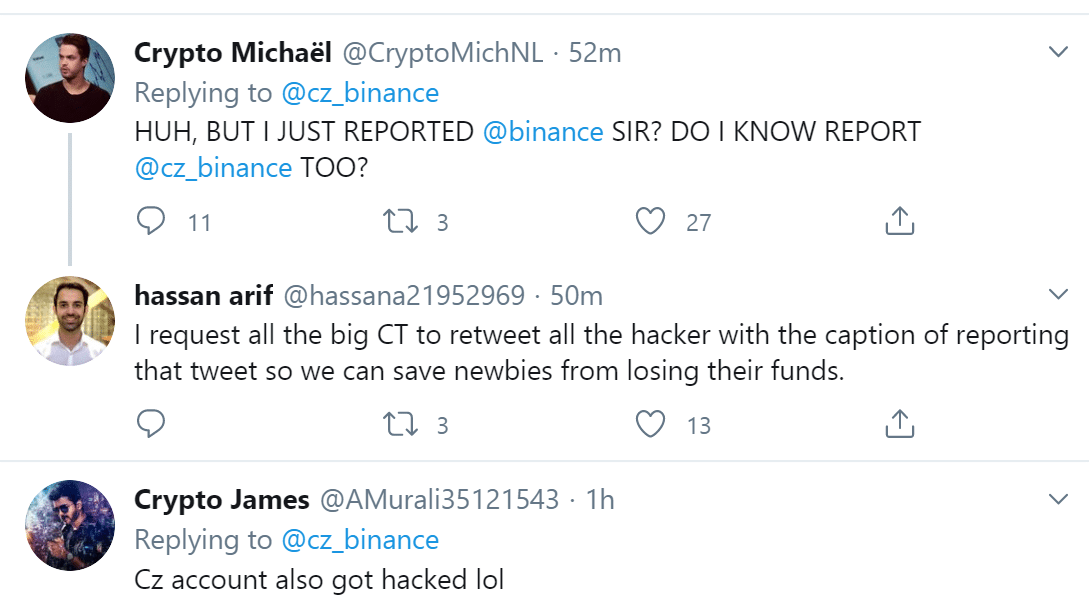 While the hack appears to be spotted by Binance users, which may limit the scam fallout, the entire cryptocurrency industry is on high alert as there were rumors that cryptocurrency exchange Kucoin, as wells as industry news outlet CoinDesk, have lost control of their Twitter handles.

The same hackers were also behind taking over the twitter accounts of crypto platforms Bitfinex, Gemini and Coinbase, as well as Tron CEO Justin Sun and Bitcoin.com, as their handles published the same message of “giving back 5000 BTC to the community”.

It seems like some Twitter API posting service has been compromised and being used to send out fake “giveaway” tweets from popular crypto/blockchain accounts. “CryptoForHealth” is a scam. 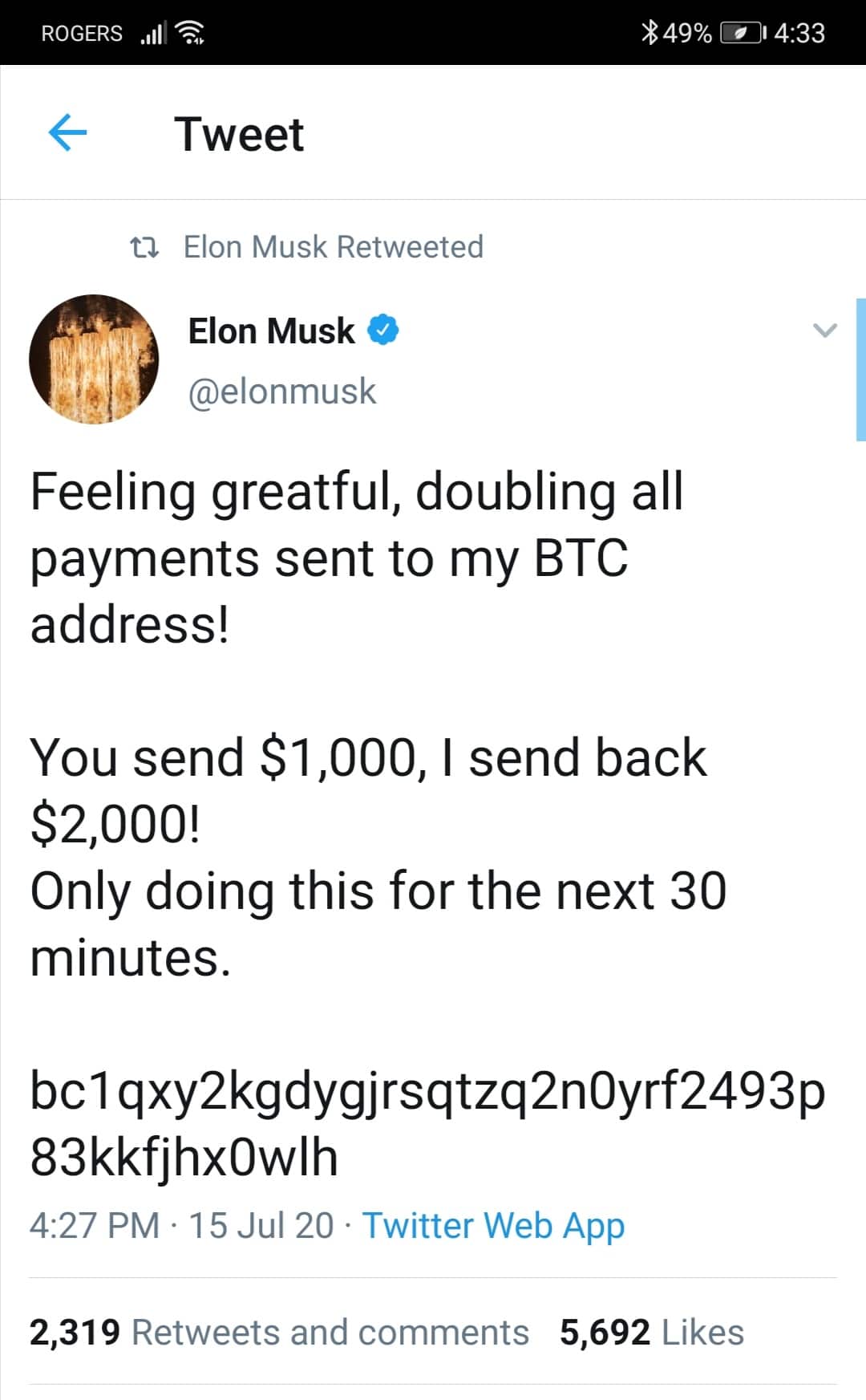 The same blockchain address also appeared in a similar tweet posted on Bill Gates’ Twitter account. The scam yielded thousands of dollars worth of Bitcoins so far as a few followers send donations to the address as a tracking of the blockchain shows.

As the price of Bitcoin continues to increase, the value of a certain high-profile ...