Bitcoin is positioned to continue its ascent if it manages to establish $11,100 as support, one analyst recently said. He shared the chart below just recently, noting that this region has been pivotal for BTC over recent days.

“Speed, power and momentum. Eyes on the upper range at a $11,800’s if we can continue with this momentum through the weekend, but right now market is showing a good amount of strength! Bullish. In terms of support, $11,100 is super critical to maintain.” 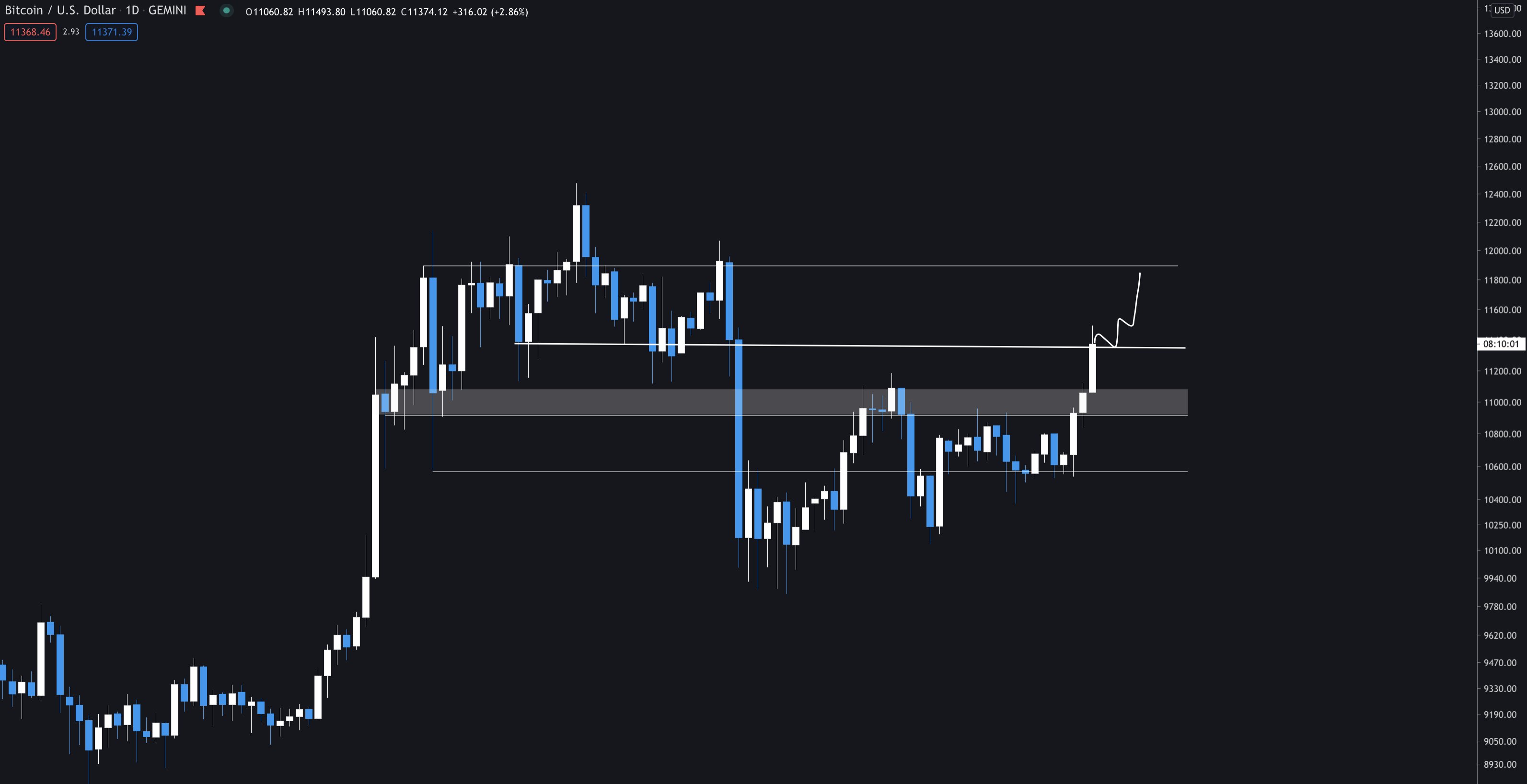 Bulls on Form For Further Upside

As reported by Bitcoinist previously, analysts are optimistic that Bitcoin has further to move to the upside.

One crypto-asset analyst commented that BTC’s ongoing move is taking place on a “clean” relative strength index (RSI) uptrend, which may indicate that there’s further to the upside that Bitcoin can run:

“First convincing reclaim of the EQ of the RSI since the 12k drop. Looks pretty good… The RSI is more clean than PA itself recently. Clearly broke the downtrend, now in an uptrend,” he said while pointing to the below chart.

The RSI is an oft-used technical indicator that shows when an asset is relatively overbought or oversold (or neutral, for that matter) over a certain time period.

Other fundamental trends, such as the ongoing fiscal stimulus talks in the U.S., are set to drive the cryptocurrency market higher in the coming days. The passing of yet another bill is likely to suppress the value of the U.S. dollar, which will result in a rally in the values of leading alternative assets like Bitcoin and gold.

Bitcoin has undergone a strong drop since the highs yesterday. Order book trends indicate that ...