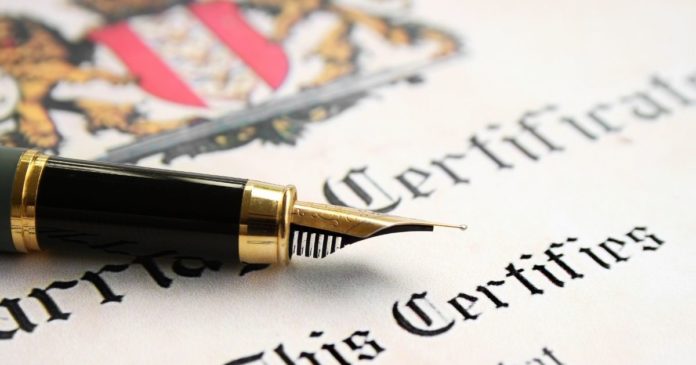 On the 14th of October, NextID announced that they are using the Zilliqa blockchain in their project geared towards issuing digital certificates.

NextID is also developing a mechanism that will be used for the verification of decentralized identities that were issued on the Zilliqa blockchain. This mechanism will show users that their issued credentials have not been revoked, have not been tampered with, and were issued properly.

NextID and issuance of digital certificates

Last year, NextID launched the first version of their certificate issuance app on Ethereum. This app was known as NextCert. The issuing of certificates on NextCert was an infrequent activity as it was done in batches, which meant NextID was not worried about low gas fees or high transaction throughput.

NextID has also steadily been working towards improving the activities on NextCert. Since its launch, support for HTML/CSS layouts and JSON schemes have been implemented in the system. It was at this point a need arose for NextCert to be blockchain-agnostic.

NextID became familiar with Zilliqa when they collaborated on the Social Pay initiative that came out successfully. Zilliqa is well known in Singapore as a startup with its own chain. The Zilliqa blockchain is known for its high throughput and sharding, but these were not a major concern for NextID.

NextID decided to choose the Zilliqa blockchain for several reasons. One is that the chain has support for smart contracts with the language known as Scilla. That language bears similarity with Solidity, which is a language that NextID is extremely familiar with. Zilliga also boasts a robust and growing number of user and developer communities around their ecosystem.

NextID decided to partner with Zilliqa as this would help them benefit from Zilliqa’s already established ecosystem. NextID will also stand out as the identity services provider for Zilliqa. This partnership became official on the 1st of September and, shortly after that, plans for developing a new module in NextCert began. This new module will support the issuance of certificates that are anchored to the Zilliqa chain.

Both teams were up to speed with delivering this project, and on the 24th of September, the very first batch of certificates anchored to the Zilliqa chain was issued. These certifications were issued to award the developers that participated in a workshop in Zil Hive, Zilliqa’s startup accelerator and educational unit.

Now that the first batch of certificates have been issued, focus is now being placed on the verification mechanism described earlier.

Previously, Zilliqa, the sharding-based high-performance blockchain, announced the launch of Zillion, a non-custodial staking platform. According to the press release, Zillion is one of the first staking services built on a sharded blockchain.


Source link
2020-10-15
admin
Share
Previous How To Calculate Taxes on Crypto (Best Crypto Tax Software)
Next Is It Safe and Legit? (Read before Using)

Will Paypal’s grand plan for entering cryptocurrency push BTC price to $20,000 or will the ...