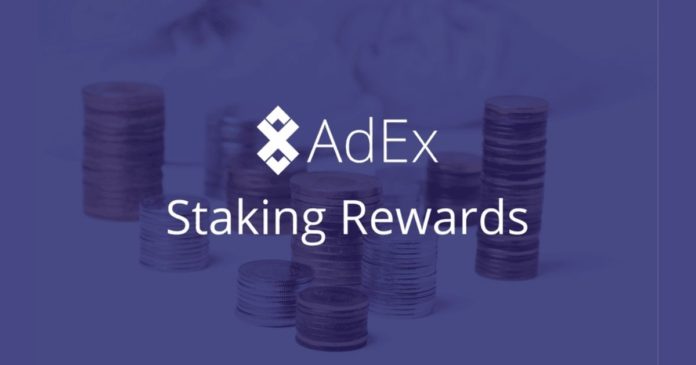 AdEx, not to be left behind, has released details of how to stake its ADX native token on its platform. The DeFi ecosystem has grown to astonishing heights this year alone. DeFi is currently estimated to currently hold approximately $10.6 billion worth of assets. However, investing in the DeFi space requires some form of know-how. With this in mind, AdEx Network has revealed details of how to stake ADX and also improve users’ general knowledge of the DeFi space.

AdEx Network is a well-known decentralized advertising platform, and ADX is its native token. AdEx is known for its privacy-focused and ethically-correct ads. ADX facilitates seamless operations on the AdEx Network, and it also helps to incentivize validator uptime.

According to an official blog post, validators are selected for every ad campaign on AdEx. The validators are in charge of controlling payments between advertisers and publishers. As more tokens are staked, the more secure and stronger the network becomes.

Staking also provides the network’s users with voting power over validators, therefore ensuring better decentralization and transparency on the network. Staking on AdEx is also an effective way to earn passive income.

Upgrade of the ADX token

The decentralized advertising platform also recently released the details of several upgrades on its AdEx token. The upgrade was done to integrate the token with DeFi and yield farming processes. Features like staking rewards and flash loans were added to the token. This, essentially, makes ADX the first-ever ERC20 token to feature built-in flash loans. With the upgrade, rewards on AdEx will be paid both in DAI and ADX.

Staking rewards on AdEx are deducted from validators fees. 7% validator fees are deducted from every ad campaign on the network. AdEx is also currently creating 7 million ADX tokens slated to be distributed to active stakers at the end of the year.

According to Ivo Georgiev, CEO of AdEx, Chainlink’s decentralized and Sybil-resistant nodes makes it the best oracle network available.

We also listed ADX staking as one of the best ways to earn passive income on our Altcoin Buzz YouTube channel.

Zcoin, the privacy-focused cryptocurrency announced the testnet launch of its next-generation privacy protocol Lelantus on ...