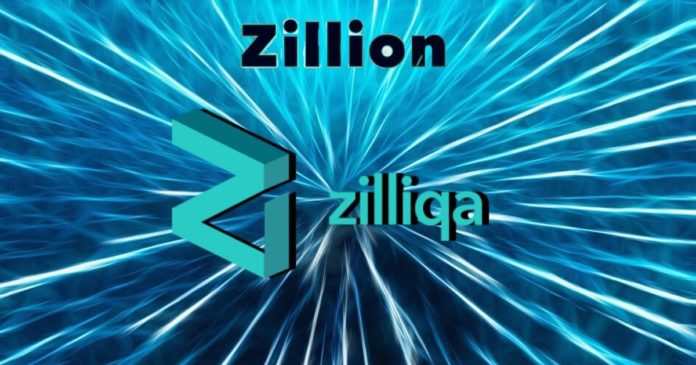 Zilliqa, the sharding based high-performance blockchain announced the launch of Zillion, a non-custodial staking platform. According to the press release shared with Altcoin Buzz, Zillion is one of the first staking service built on a sharded blockchain. Along with a sleeker and simpler staking platform, Zilliqa also introduced gZIL, the new governance token. With its recently launched decentralized exchange ZilSwap, the users can play around with gZIL to earn bigger rewards.

The non-custodial staking service offered by Zillion removes the need for an intermediary in the staking process. According to Zilliqa official blog, the ZIL token holders can deposit their tokens directly into the smart contracts. The seed node providers will distribute rewards. Impressively, PwC conducted the seed node contract audits. These contracts provide an unparalleled staking experience.

Zillion, the staking service on Zilliqa will push the platform towards greater decentralization. Additionally, it will incentivize select node operators and ZIL community members for supporting the service.

Zilliqa President and Chief Scientific Officer Amrit Kumar believe that poor user interfaces are acting as a barrier in the adoption of blockchain. However, Zillion solves this challenge for the users by offering unparalleled user experience to both naïve and seasoned stakers. Additionally, Zillion comes with new standards of security and user protection.

ZilSwap, a decentralized exchange was launched at the beginning of the month to bring greater liquidity to the Zilliqa staking ecosystem.

The Zil token holders can choose to stake via sleek, simple, and secure Zillion platform or wallet providers like Moonlet, Atomic Wallet, and more. For rewards, stakers can choose five reputed SSN providers. These are Moonlet.io, Shardpool.io, ViewBlock, Zillacracy, and Zilliqa’s own hosted node.

Today’s announcement is special for more than one reason. Along with Zillion, Zilliqa also introduced a new fungible token—governance ZIL (gZIL). The users can earn gZIL alongside staking rewards. The gZIL token holders can play a role in Zilliqa’s governance mechanism. It is important to note that the total supply of gZIL is 682,550. gZIL will be issued for approximately one year only.

Additionally, the gZIL users can hold their tokens in ZilSwap, the Zilliqa DEX. Using ZilSwap, users can re-stake their staking rewards and pool ZIL and gZIL rewards in staking pools. This is in addition to gZIL trading and withdrawal support by ZilSwap.

In short, Zilliqa continues to build futuristic solutions that are fit for DeFi.

Zilliqa’s native token ZIL price has not reacted to the big announcement yet. Moreover, at the time of the press, ZIL is trading close to $0.019.

Filecoin, a file storage blockchain network that promises to become a storage protocol of the ...